The importance of having Women in Leadership in our organisations

African nations, Zimbabwe included, are in the beautiful dawn of self-determination, reorganizing business and politics, and rebuilding the economy. They are on the unfolding way to digitalization, increased productivity, modern infrastructure, economic glory, gender equality, prosperity, industrialization, and realisation of human rights. This has to happen at family, community, organisational, national, regional and continental level. Africa needs the sun to rise on its society, to light up its unfolding way, to warm its society, to ignite economic activity, to provide solar energy and to boost economic growth. Women are the Sun that Africa can’t do without from now going forward. Especially in the leadership of organizations (companies, political, and civic).

One of the most important thing in organizations is the full utilization of the human resource to get a competitive urge in the society. Women’s potential has to be released in leadership of organisations. There can’t be full realization of value from human resources in organisations if half the most critical resource is not being fully utilized. The inclusion of women in leadership, in equal numbers with men, will catapult our organisations and the nation to higher levels of productivity, transparency, profitability and development.

The historical and present scenario

Women in Zimbabwe have for a long time been excluded from the top leadership of organisations and nations. Those who managed to penetrate into leadership are fewer than men. This is still the case in most organisations as of today. This is despite the 2013 Constitution of Zimbabwe, and many organisational Human Resource Policies that have very good provisions on gender equality in leadership. If we continue having fewer women than men in top leadership of organisations, we are like an eagle with one functioning wing and a broken wing: It can’t take off the ground and fly! We can’t go far with fewer women in leadership. Our organisations can’t achieve much when half of our key resource is not being fully utilized. This explains why we have been having difficulties dealing with issues of gender violence, abuse of women, corruption, less economic growth and decreased productivity in our organisations. We can’t continue like this!

The advantages of having more women in leadership in organizations

Women have most of the crucial elements that are needed in the leadership of our organisations. These are collaboration, dedication, direction, passion, transparency, empathy, understanding, creativity, love, warmth and peacebuilding. If women were the leaders in every organisation in our nation, there would be collaborative, inclusive, sensitive, diverse, and decisive leadership. There would be more openness and support in organisations. This would result in better productivity, increased profits and significant economic growth.

If women were the leaders in every organisation in our nation, the impact of products and services to consumers and the community would be getting more attention. The environment and nature would be getting better management. The welfare of children, the elderly and other disadvantaged groups would be valued. Gender equality would be ensured in operations and learning institutions. Problems would be solved through dialogue than through violence and antagonism.

Challenges faced by women in leadership in organisations

Women face a lot of challenges in leadership of organisations. Leadership in organisations is associated with masculinity, polarisation, organisational politics, violence, patriarchy, nepotism, and in some cases corruption. Hence most women shun it as they can’t stand most of these evils. Most women get less pay for the same work. Some get abused to get promotions or rewards or protection. Some get discouraged by men. They get discriminated because of pregnancy and maternity leave issues. They don’t get enough support from men around them. They have the age demographic that forces them to rush marriage and having children, at a demanding time in their careers. Once they are out due to maternity breaks its difficult to come back at the same level or higher. Most policy makers in organisations are men, who in most cases don’t pay attention to gender issues.

The good thing is that these challenges and myths can be addressed to enable more women to enter into the leadership of organisations.

Interventions that organisations can implement to balance gender in leadership

Human resources practitioners have to engage and convince management and or policy makers to craft and implement policies that address the following issues in organisations:

Men can make a very big difference in improving the number of women in leadership in our organisations. They can do the following:

By so doing men will improve the environment for women in our organisations. They can avail support, resources, understanding and the right mindset to make organisations in Africa a homely home, where each Woman of Africa feels she belongs, where she can be herself and realise her dreams, where she can rise and shine, where she is cherished, included, empowered, supported, appreciated, respected and protected as a leader.

Unleashing the Woman of Africa’s tremendous potential and elevating her to higher echelons of policy-making, decision making, peace-building and resource allocation, at organisational and national level is imperative if Africa is to realise significant growth and prosperity. Harnessing the Woman of Africa’s wisdom, energy, creativity and entrepreneurial abilities is the only ladder available for Africa to reach for the nutritious fruits previously put beyond its reach. Both women and men have a job to do in our organisations, to institute gender equality in the leadership of organisations.

Taken form the upcoming book, The Sun of Africa Arise and Shine. By Lloyd Machacha

Lloyd Machacha is the group Human Resources Manager for Hammer and Tongues Africa Holdings and writes in his own capacity. 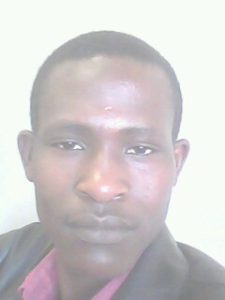 Lloyd Machacha is a Past Chairperson for IMPZ Mashonaland Branch, and a past member of IPMZ National Council. He is currently the Group Human Resources Manager for Hammer and Tongues Africa Holdings (Pvt) Ltd, which is into Auctioneering, Real Estate, Microfinance, Online Liquor and Grocery Online Shopping, Fabrication, Advertising and Printing, ICT Solutions, Gaming and Bureau De Change and Microfinance. It has operations in Zimbabwe and Zambia. An MBA graduate from the University of Zimbabwe, Lloyd has a Degree in Human Resource Management (ZOU), Higher Diploma in HR Management (IPMZ), Diploma in Training Management (IPMZ), Diploma in Human Resource Management (IPMZ), and a Diploma in Bible Studies (Royal Impact Church International Bible School). An HR practitioner, writer, civic education facilitator, gender activist, and ardent believer, Lloyd believes in talent and the fostering, protection and enjoyment of God-given freedoms and basic rights, and the exercising of personal responsibilities by all. As a Writer, Lloyd has contributed over 200 poems and a few articles in various publications on Civics, empowerment and children’s lives. His sole anthologies published in his name so far are Waiting for God’s time (2015), Poverty is a serious crime (2015) and Walking alone in the drenching rain (2016).

PrevPreviousThe importance of having equal numbers of Women in Leadership in our organisations.
NextThe L.E.A.P Leadership StrategyNext