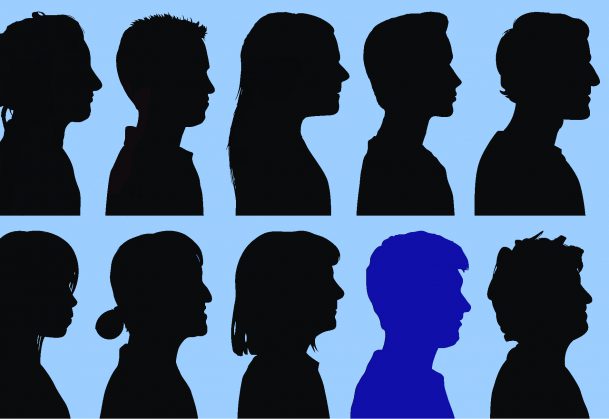 The Face Of A Leader

There is always a mode of execution that separates effective leaders from the generality of the population. The leader is the person who excels in their field and not necessarily the one with a position or title. There is always a mistaken notion of equating leadership with title or position. It is said that an owl sitting on top of a tree is not necessarily exercising chieftainship. The person who hones in the discipline of excelling in their field is a leader as everyone wants to be associated with the discipline that makes them whom they are.

The leader ought to have a FACE that distinguish them from others. It is when every other individual commits to engage in the same mode of execution that they stand to be difference makers and trail blazers in their own field.

The FACE of a leader is futuristic. The world requires leaders with VISION. These are the men/women who see beyond the dictates of the hour and cast their sight deep into the future. The take strides into the future and when they arrive there, they take images of the future, only to come back and share with the rest of the world. The true leader is the one who realises that the current dwelling place is not good enough. It is temporary. Where you are is not your destination, it is transitory. It doesn’t matter how much one might have achieved in the past, which is now water under the bridge; what matters most is what lies ahead

Real leaders are not short- sighted. They do not sell their birthright for immediate pleasure. Greatness starts when a leader sees beyond the challenges of the hour to a point where they craft solutions to deal with the issues at hand, not pointing a finger to blame the situation but harnessing their internal capacities to deal with the matters at hand.

The past is indeed full of lessons but that is not where we live. There is no future in the past. Yesterday died last night. The biblical Paul, in one of his many writings would say; “This one thing l do, forgetting those things which are behind and reaching forward to those things which are ahead, I press towards the goal…” (Philippians 3 vs. 13). Leaders focus and press towards a goal. As long as you cannot see beyond the present, you will continue to go in circles in the same area.

Great leaders are the type that see it, say it to those in their circles in sharing the vision, show it to the world and go out in full force to seize it. To achieve much, a leader must have a vision and a mission of the greater realities that lie beyond today, next, week, next month, next year and possibly beyond their life. The day a leader embraces their Vision to become a Missionary, then they are unstoppable.

Without a definite destination, no one knows where to go. Vision and foresight are pictures of the future that produces passion. It is the Wright Brothers seeing themselves flying in metal right from their bicycle shade. It is Muhammad Ali declaring to the rest of the world that he is the greatest even before winning the first championship. It is Martin Luther King declaring ‘l have a dream. To the leader with Foresight, present circumstances do not matter much.

Great visionaries change the written code and defy the status quo. Leaders with foresight see possibilities. They see beyond the obvious. They declare what they would have seen with power. Even though the world may not understand them, they keep on envisioning. Visionaries see by the heart and not the physical eyes. Helen Keller would say; “The most pathetic person in the world is someone with eyes but lacking vision.”

Foresight gives you FOCUS, it give you direction. It further gives the leader the discipline to keep on; not tiring until the vision becomes a reality. Focus gives you the ability to concentrate on the select few things to place all your attention unto.  There is no one who has ever changed the world by trying to do everything that come their way. No one was created to be everything and everyone. Leadership greatness entails restricting one’s efforts to a select few things. The Pareto principle comes into operation here; concentrate on the select few things that give the greatest value.

It is not enough to know, the leader must apply what they know. It is not sufficient to be read, the leader must convert the learnt information into practical solutions that help civilization. Action is the greatest measure of intelligence. There are many talented men and women with hefty titles who never amounted to much because they never gathered enough courage to take action.

Progress comes from taking the first step forward. It doesn’t matter how small the action might appear to be, it’s better to take the smallest of steps than no action at all. They taught us long back that the journey of a thousand miles starts with a single step. The small steps cumulatively add up to something big. Every great invention and discovery came as a result of taking action.

The world is driven by leaders of action, not leaders of great intentions. It is the man in the arena who makes all the difference. Real leaders plough the field. Real leaders build. Real leaders advance. History is a record of men of action. Action is about production, not position; it is about quality of contribution, not qualifications; it is about tangible results, not unfulfilled promises. You can never transform your dream into reality as long as you continuously wait for perfect conditions. The man who looks up to the weather will never plant. A tortoise that is moving is always better than a stationary rabbit.

“If l am given eight hours to cut down a tree, l spend the first six hours sharpening the Axe.” (Abraham Lincoln). You cannot effectively embrace the future and adapt to its demands without a level of competence expected of that level. What took you here cannot take you there. Ignorance is deadly. Lack of skills and competence keeps the leader in the rungs of mediocrity. It doesn’t matter if a leader acquires qualifications by hook or crook, the bottom lines remains that lack of competence exposes itself through mediocrity. There is no way one can effectively run a company with the competence of a worker unless there is an upgrade in the skills base. The leader must develop himself.

There is no title or position that makes the leader effective as long as there is lack of the skill, attitudes and knowledge and competence at the higher level. In Management, there is a concept called the Peter Principle which states that a person rises to their level of incompetence. There is no one who is born a pilot, doctor or driver. You do not wake up being a professor. You develop towards that. It is difficult and almost impossible to be an effective leader if there is lack of the knowledge, attitudes and skills. The leader must learn. In leadership circles, we say a leader is a reader. A leader is a learner for life. The leader cannot afford to sleep with the same level of ignorance they wake up with.

“Now Daniel so distinguished himself among the administrators and the satraps by his exceptional qualities that the king planned to set him over the whole kingdom.” (Daniel 6 vs. 3). Once the leader develop their competence levels, then excellence follows. The greatest undoing in our circles is mediocrity. We celebrate below par performance. We are content with outdated stuff. We go out to buy qualifications thinking they will give us increased influence. We want hefty titles and power thinking that is the secret to impact.

The leader who is diligent in execution will have the world finding its way to their place. Excellent leaders conquer when the majority are complaining. They defy the status quo of smallness and mediocrity. They push towards maximum quality. Excellent leaders are ever pursuing for solutions whilst average people are complaining and spending time on petty differences.

Be the change you want to see in the world. Ask not what the world can do for you. Ask instead what you can do for the world. No one needs a doctorate degree, in as much as qualifications are important, nor a position or title to be excellent. The people who serve their gift to the world tend to generate more influence than those who don’t.

Excellence is not an outside job. It comes from within. It is a choice that every leader ought to make. Excellent leaders are concerned about improvements and not maintenance. They do not try to be like the next person. They are their own person. They realize that they were created as originals hence there is no need to die a photocopy. Strive at being the best version of yourself.*

The face of a leader is about setting an example in one’s field. It is going the extra mile and the second one and third. It is giving more to the world than one takes out. It demands going beyond the call of duty. It is doing far much more than what one is paid to do. It is serving oneself fully to the needs of the constituency being served.

NOAH MANGWARARA is an international and award winning leadership coach and motivational speaker. He has spoken widely across the continent addressing leaders in companies, churches and communities. He writes in his personal capacity. 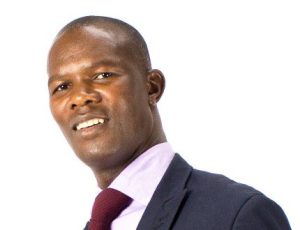 PrevPreviousThe Application of CDH (Courage; Discipline and Humility)
NextThe importance of having equal numbers of Women in Leadership in our organisations.Next