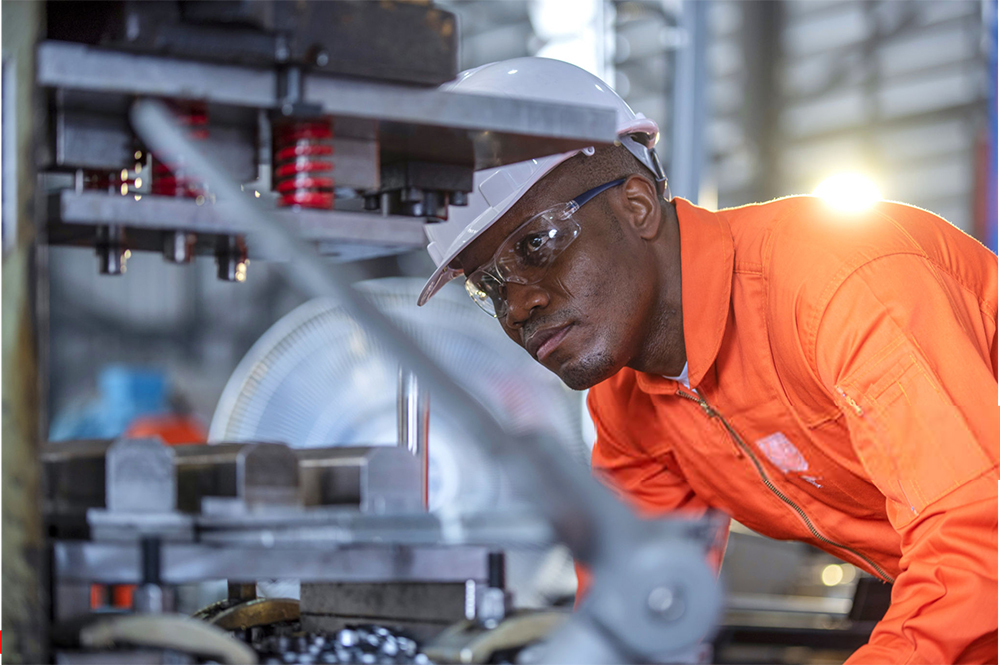 If you don’t challenge yourself, you will never realise what you can become

In a recent radio interview marking International Women’s month, Hon. Monica Mutsvangwa shared how she ran away from school and joined the liberation struggle at 15 years old. It reminded me of another female freedom fighter, former Vice President Joyce Mujuru, who coincidentally was taught by my father in Mt Darwin before she joined the liberation war. Mai Mujuru was to later become the youngest cabinet minister in 1980, and whilst juggling her roles and responsibilities in cabinet, she completed her schooling.

Over the course of time women have been choosing to challenge the status quo. Even in the Bible Deborah, a judge, proclaimed that ‘Village life ceased, it ceased in Israel, until I, Deborah, arose, arose a mother in Israel…’ (Judges 5:7). At times, this is forced upon them, whilst during others it is a methodical and systematic process, carefully crafted to achieve an end goal. In our own industry, we have Elizabeth Oosthuizen, the first female President of the Institute, who paved the way for other women to follow in her steps. These are just a few of the women in our country that stepped out and chose to challenge the norm, the system, the status quo. In all spheres of our society, there are countless similar women. Some we know, others we read about and we admire them. Yet others, a whole lot more, are nameless and faceless, and theirs is at times a painful choice to have to make. Our situations and circumstances differ, but our desire to see change and achieve gender parity is the same. This year’s International Women’s Day theme, ‘Choose to Challenge’ couldn’t be more fitting and apply across the board and should be embraced by all people. Challenges are opportunities to learn, to grow and without them, you may never realise your true potential and become all that your Creator intended you to be.

As a girl child, I had to learn responsibility at an early age, following the death of my mother when I was 16 years old. Given the fact that I was the first born in my family, there was no discussion or coaching about what I needed to do. Almost overnight, I became a mother and had to oversee the household chores and play my part to ensure some semblance of normalcy, following the tragedy. Effectively, and without giving it too much thought, I took up my own ‘arms’ and so began my journey to becoming. In retrospect, I realise that I chose to challenge my situation and was determined to prove some sceptics wrong. You see, years before, when my brother was born, my mother was finally congratulated for giving birth to a male child after a string of girls. It was only then that I truly realised that even amongst your family, you will face obstacles, just because you are a female. At 10 years old, I promised my mother that I was going to show them that they were wrong about me, about my sisters, about my gender and took up arms against the status quo. I was going to show them that I could be successful and was going to change the narrative in my family. Fast forward years later, I can testify that I have made choices that have challenged the norm, gone against the grain and many a time, heard the expression, ‘uri murume pachezvake’. I never know if that is a complement or an insult, but all I know is that I just do what I need to do, based on my beliefs, values and convictions. The journey has not been easy and at times there is the temptation to give up. Choosing to challenge can create enemies, as much as it can create friends. Your convictions may be all that you have to keep you motivated. After all, what difference would it make and isn’t it easier just to give up and go with the flow, not against it?

However, we have come too far to give up now and being here today in 2021, is an achievement in itself. Often, we may seem invisible, may go unnoticed and the rewards and recognition may be few and far between. But never forget that someone may be watching and you never know who you could be inspiring as you make your choices. Today, we learn from those that have gone before us, those that dared to do rather than to shy away, and in turn, future generations will look to us for icons and leaders to look up to, emulate and admire. May we be those that blaze a trail, may we celebrate each victory and above all, may we be those women that choose to challenge and in the process, bring about the change we want to see. After all, to paraphrase Neil Armstrong, it may be one small, insignificant step for you, but it will most certainly be a giant leap for womankind. Article written by Ms Yeukai Gatsi, IPMZ Member, Human Resources Manager, Toyota Zimbabwe