Glass ceiling and the corporate ladder

Glass ceiling and the corporate ladder

The glass ceiling phenomenon has been there since the 1970s, though not as part of the cultural lexicon. Glass ceiling is defined by Oxford Languages as the presence of undetectable barriers that keeps an individual from moving up the corporate ladder. It is barriers to professional advancement of women and minorities in the work place. These barriers (such as perceptions, individual feelings and beliefs about a certain group of people) prevent women and the minorities from high paying careers, promotions, leadership positions and freedom at workplace.

The glass ceiling phenomenon can be identified when individuals with same qualifications or less are advancing up the corporate ladder and while others remain behind or stuck at one position due to factors that are not linked to one’s performance and other measurables.  Notionally, any qualified individual can rise up the corporate ladder and enjoy the fatty pay cheque coupled with perks that comes with higher positions at workplace. Regrettably, there are invisible barriers that exists in the labour market.  These barriers maybe so subtle such that corporate leaders may not be mindful of their existence, thus amounting to subtle discrimination at the workplace.

Glass ceilings in some cases subsists due to unconscious bias-instinct, individual’s philosophies about gender, age, social class, ethnicity and race inter alia. This make the presence of glass ceiling unintentional. In other cases, it is systemic problem which is an intrinsic part of the company culture that many businesses choose to shroud in a “smoke screen”. Overt discrimination can be a driver for the presence of glass ceiling at work place. This is when leadership purposely and knowingly block the progression of certain individuals along the corporate ladder mainly as a “power game”. In this case those putting the glass ceiling may refuse to acknowledge its presence because they are either afraid that their jobs may be threatened or they have not experienced how it is to be faced with a glass ceiling themselves.

The most unfortunate part is that, the effect of the glass ceiling to the affected individuals does not end at the end of the work day. Glass ceiling has an effect into an individual’s personal life, social, mental and physical health. This means that the presence of the glass ceiling in the corporate world need to be addressed with “aggression” to mitigate the negative impact it has on the labour force and labour productivity. When an individual is not in the right state of mind, it cost the corporate in terms of lost production time, actual production and financial cost as the organisation hires replacement staff while the affected individual is recuperating at home.  The glass ceiling has also resulted in women occupying suboptimal positions thereby depriving them of the much needed income and thus reducing their chance of moving out of the gender poverty cycle. Research has shown that less than 30 % of women occupy executive positions despite the fact that women constitute more than 60% of the world’s labour force. Corporate executive are twice likely to hire men than women and at corporates where 90% of leadership is men, more than 50% of men view women as well represented.  Furthermore, only 4 % of the world’s chief executives are women. These statistics are a testament of the presence of the glass ceiling in the corporate world which affects mostly women.

Some individuals may argue that the inability of women to climb up the corporate ladder is hindered by their quest to live a balanced life given the challenges of parenthood. Though this argument may seem to hold water, it is necessary to note that parenthood should be a joint responsibility of men and women.  Societal and cultural beliefs that are hinged on “male bread winner” concept are part of the glass ceiling which is imposed on women. The question to be asked is; can corporates just sit and entertain the glass?  The answer is obviously NO. Something has to be done to dismantle or smash the glass ceiling.

It is crucial for employees to appreciate that the presence of the glass ceiling is not a echo of their personal values. By nature, the glass ceiling means that even if one positions themselves to meet all the demand of the top position, one will be denied the opportunity to move from their current position on the corporate ladder. Experiencing glass ceiling may leave an employee depressed, frustrated and angry and in some cases, develop a sense of helplessness. In such cases, employees need to watch against parking their personal career aspirations, instead, of entertaining the glass ceiling induced ill feelings, use the feelings as a catalyst for action. The identification and acknowledgement of the glass ceiling should help one identify opportunities to promote change, thus leaving a crack on the ceiling. Leaving a crack on the ceiling might take time and thus the need to be patient and assertive. This is because senior leadership might park and forget the problem, thus the need to be assertive. If not given the opportunity to break the glass ceiling, one must look somewhere else where his or her skills and talents might give them an opportunity to land on a senior leadership position. This action can be taken as a last resort.

Glass ceiling is real and it exists in the corporate world. Together we can smash it. 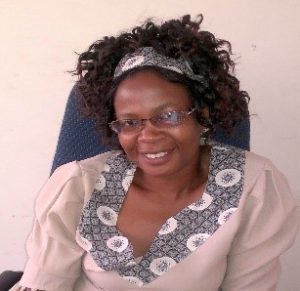 PrevPreviousIf you don’t challenge yourself, you will never realise what you can become
NextLeadership Coaching Lessons business can adopt: Game Of SportNext