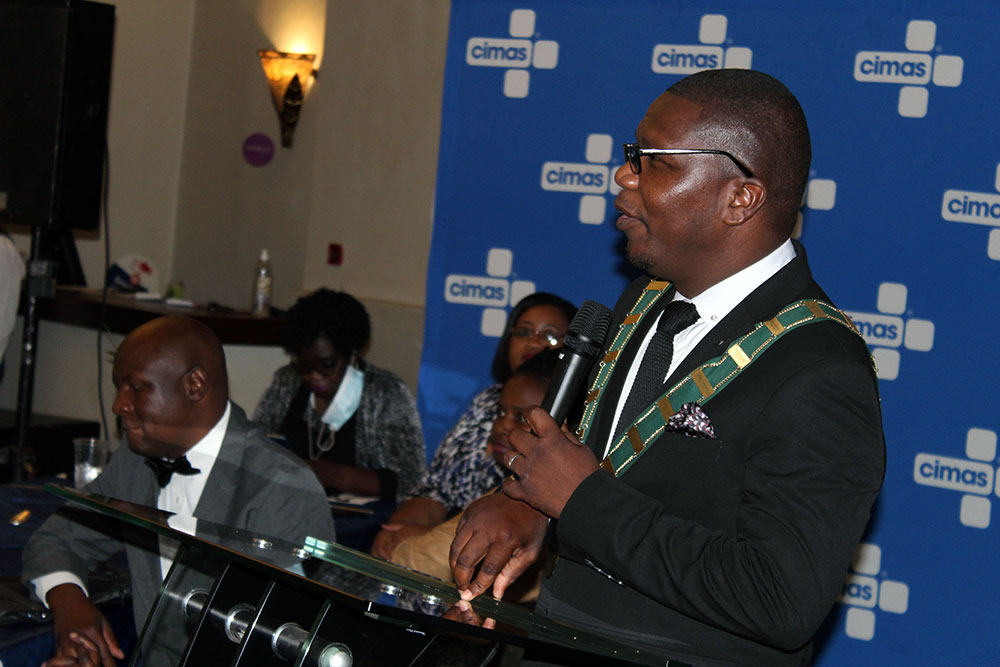 The Institute of People Management of Zimbabwe HR Excellence Awards commemorate HR innovations and achievements at the same time providing a platform that recognizes corporates and individuals that are advocating and driving change within the HR ecosystem. The HR Excellence Awards are held annually in recognition of the HR Practitioners who would have performed exceptionally well all year round. This is meant to motivate, encourage and to set higher goals for other practitioners in the HR Industry to up their game in terms of HR practices.

The 11th of November was set aside for the IPMZ 2022 HR Excellence Awards which were running under the theme, “Refreshing the people strategy that drives business-wide changes and excellence,” with a classy and elegant dress code of glitz and glamour. The magnificent Rainbow Towers had been selected as the event’s venue and preparations were underway earlier before the event started.

The event was scheduled to start at 17.30 and before we knew it, delegates were arriving in their classy suits and glamourized dresses, everything looked beautiful. The Zimbabwe Prisons and Correctional Services Band was there to entertain the arriving guests as they waited for the event to start and the band knew their mission, as soon as guests had filled the venue, the Director of Ceremony Nikki thanked the band for the wonderful entertainment then handed over to the President of the Institute of People Management of Zimbabwe Mr. Cleopas Chiketa to give the welcoming and introductory remarks. Mr. Chiketa thanked delegates for gracing the occasion and introduced the Guest of Honour Honourable Vice President Dr CGDN Chiwenga who was represented by Minister of Public Service, Labour and Social Welfare Professor Paul Mavima.

Honourable Professor Paul Mavima delivered the key note address and had this to say to the HR practitioners “the starting point for development is a commitment to excellence and can only happen when we meet a critical mass that says we can only be excellent in what we do.”

It was time for the awards to be handed over to the award winners but before handing them, the Director of Ceremony Nikki had to call upon representatives from the Expert Research, Adjudication Committee and External Auditors to give reports on the validation process of the results at the same time confirming the results to be true. This is done in the presence of all the guests to avoid uncertain conclusions that corporates or individuals in the industry might have,

after the results had been confirmed to be true and fair Nikki had to ask Honourable Mavima and Mr. Chiketa to come up on stage to hand over the awards. The categories to be presented were as follows: individual category, corporate (private sector), HR vendors, public sector, SME and the Grand Award. The moment that everyone in the building was waiting for had finally arrived, that moment when everyone was eager to know who won what and starting with the individual category Chishamiso Tinorwirashe of Bak logistics a subsidiary of TSL was the winner of the Upcoming HR Professional of the year in the private sector. In the public sector Samuel Mutambisi of Zimbabwe National Geospatial and Space Agency (ZNGSA). The NGO sector in the individual category was won by River Bandera of FHI 360.

Another one from CBZ Nyasha Mangwiza won the HR Director of the year in the private sector and in the public sector Patience Kapfunde again scooped an award with Gloria Matiringe of Public Service Health (PSH) winning in the NGO sector. Female CEO with an HR Orientation went to Gloria Zvaravanhu of Old Mutual while the male CEO with an HR Orientation went to Edington Mazambani of Zera.

The best SME organizational strategy and HR innovation in the SME sector was won by John Sole Private Limited. In the Public Sector Category, the People Development Award went to the Public Service Commission with TelOne and Zesa Holdings being the first and second runner ups respectively.

was won by Cimas and again Industrial Psychology Consultants scooped the best HR consulting and training firm. Congratulations to Belina for being the best HRIS firm.

Hats off to the most commendable, great and impressive organisation for winning the grand award at the 2022 IPMZ HR Excellence Awards, a big congratulations to CBZ Holdings whose mission is “to bring convenience to our clients through innovation, efficient service delivery, competency whilst adhering to principles of integrity, transparency and fairness.

In a red carpet interview with some of the winners, Paidamoyo Sakupwanya the General Manager of Hatch Talent Solutions said, “ I would like to thank the IPMZ for this award and for hosting these HR awards, I feel very proud to be holding this award today we have been in business for the past 6years and I’m very happy that our hard work and our presence in the market has yielded this award today.

“I’m so excited we have been nominated as the best medical aid company in Zimbabwe, we are so honoured, thank you.” Said Tecklar Gwezere on behalf of First Mutual Health.

To those who did not make it this year we say keep on keeping on, you have what it takes to be the next award winner, as soon as the awards ceremony was over the ZPCS band entertained the guests as the made their way to the dinner tables were they had their delicious and appetizing buffet.

This was indeed one of those events not to be regretted or forgotten but rather an event to experience motivation that could allow HR practitioners across the country to drive change in the HR industry.

PrevPreviousWhat Leadership Lessons Do We Draw From Game Of Sports?